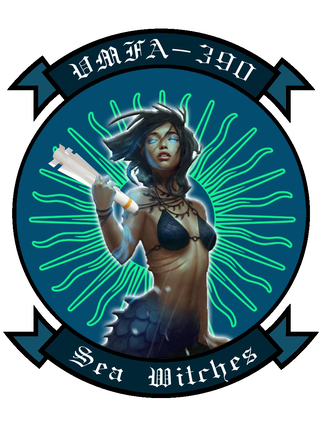 VMFA-390 strives to be HVY's premier QRF (Quick Reaction Force) Squadron, delivering ordnance to engaged boots on the ground, on target, on time, when needed. While Harriers and Hawgs have their loiter times, Sea Witches Mach in, drop relief or eliminate vital infrastructure, and roll out.

While primarily operating from land bases, Sea Witches are capable and often deployed on the Carriers along with their U.S. Navy counterparts.

VMFA-390 also has the distinction of employing the McDonnell/Douglas A-4E Skyhawk in various capacities on the battlefield for close air support.